Do these smiling faces reflect the reality of mass murder? Ignorance is not always “bliss.” In this instance, without “informed consent” to vaccine injuries and deaths, people are placed at grave risk, and deprived of “free will.” In this case, they act complicit or unwittingly blind to “Big Pharmacide.”

We prefer to presume these beautiful people have no idea that they are aiding-and-abetting global genocide every day they go to work.

We presume these people who work for the Bill & Melinda Gates Foundation are nice people, but simply clueless, or otherwise “evil obedient” to vaccinecide.

Some of the smarter ones might have become aware that vaccines (that their foundation distributes) might be doing more harm than good. In that case, these more “conscious” people have an ethical, moral, and even legal challenge. It is called “public duty doctrine.”

By law they are obligated by “public duty doctrine” to not aid-and-abet mass murder. This website serves public Notice that is what they are doing by neglecting their duty to discover and realize their complicity in the crime. Looking the other way does not relieve their responsibility. That is called “willful blindness” and by law that makes them equally guilty as Bill and Melinda are. If they argue they were simply doing their jobs, that is the “Nuremberg defense” that is unlikely to relieve them of their liabilities, as it failed to do during the Nuremberg trials following WWII’s holocaust. This defense was overruled. Alternatively, by thinking and acting this way–subordinate to killers and complicit in their mass murders–this is called “evil obedience.” Evil obedience has been defined by leading forensic psychiatrists as a criminal psychopathology. That literally means you have to be criminally insane to continue serving the devil-doers once you receive this “constructive Notice.” Ethically, morally, and legally, having this knowledge now requires good faith cessation. If that means resigning, finding a new job, so be it.

Pictured on the right are America’s leading online “trolls” and social media propaganda leaders vetted for attacking (i.e., “cyberbullying”) anti-vaccinationists (especially doctors); and below is retired four-star general Stanley McChrystal. “Stan” is the director of the McChrystal Group, Big Pharma’s leading covert cyber-warfare intelligence hashers. McChrystal is shown meeting with President Obama as the former commander of US and International Security Assistance Forces (ISAF) in Afghanistan.

Even the people who work for the Gates Foundation–the world’s leading vaccine distributor–have no clue that Big Pharma hired this leading military strategist and his platoon of propagandists to counter the anti-vaccination movement by attacking leading vaccine resistors, political activists, and even breast-feeding mothers who choose to abstain from vaccines and write about it online.

The former commander of US and International Security Assistance Forces (ISAF) in Afghanistan, and the former commander of the nation’s premier military counter-terrorism force, the Joint Special Operations Command (JSOC), McChrystal is proven by irrefutable evidence to be overseeing McRoberts’ “cell” of covert operatives attacking leaders in the anti-vaccination movement.

Screen shots (published on WarOnWeThePeople.com) taken of web pages from Crosslead allied with the McChrystal Group show young people hired to output propaganda for Big Pharma through the mainstream and social media. Their publications include pro vaccination videos, articles, and television commercials such as this Merck drug company promotion of HPV vaccines for teens. They add to their campaigns slurs against “anti-vaccinationists” called “radicals” or “health nuts” who are treated like “insurgents” in a war zone.

Before joining Novitas, Maasdam served as a Military Aide to the President. “[H]e led the coordination and implementation of Emergency Actions for the President, including continuity of government operations, with full responsibility for the “nuclear football”. Before serving at the White House, “Matt” represented U.S. Special Operations Command on interagency teams at the National Counterterrorism Center that focused on counter-piracy and strategic planning against Al-Qaeda.

The many young faces on McChyrstal’s “team” probably know little to nothing about who their paymasters really are. They give the appearance of being “all-American.” The senior faces among them are commonly high level military intelligence officials, claimed “retirees,” now waging propaganda war against people who dare speak out against abusing children with often lethal injections.

Have you been kept in the dark about how dangerous and deadly vaccines are? Has the “fake news” networks blinded your awareness and discernment?

If so, there is a remedy. It’s called “proper education.” Learning the truth can set you and everyone free from being sickened and enslaved to a multi-national corporate “beast.” Institutionalized medicine and “public health” holds no empathy for loving people and the suffering that vaccines have been causing humanity.

At best, people serving the “beast” in these fields will quit, and find jobs more suited to their good heart’s desires. 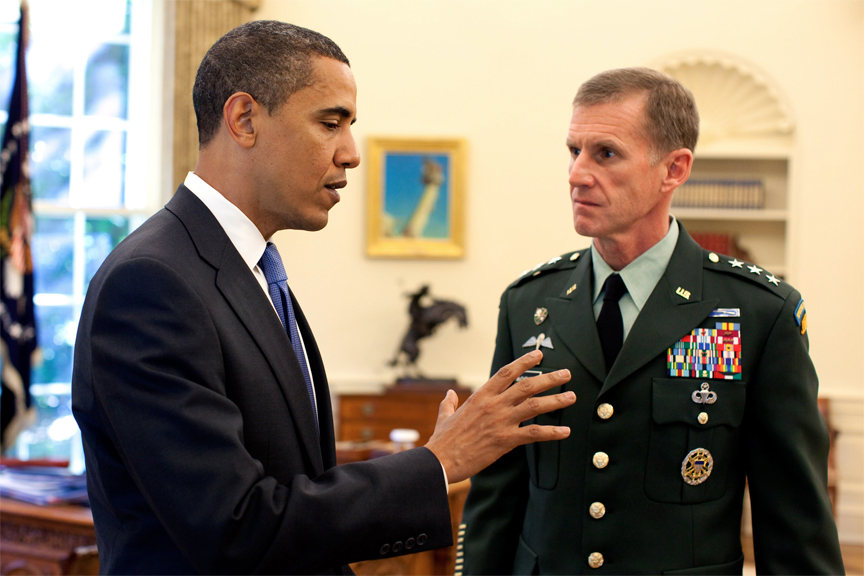 The COINTELPRO is the “Counter-Intelligence-Program.”

In the United States, for example, the FBI/CIA/NSA controls opposition to “the national security state” in every field on every issue. The “Deep State” does this by deploying agents of deception as part of the “protection racket.” This racketeering enterprise purposely discredits virtually everything. The agents even discredit themselves to engineer confusion and a CULTure of disbelievers in truth. The idea is to create such massive confusion that people wouldn’t know truth if it smacked them over the head.

“COINTELPRO is the quintessential CULTural black-op,” explained Dr. Leonard Horowitz, whose life, family, and businesses were devastated by many of the agents seen in the banners on the right. According to Barbara Hartwell (ex-CIA psychological warfare analyst) and many other investigators in this field, the COINTELPRO (Counter-Intelligence Corps) evolved with the CIA’s MKULTRA Program to restrain populations opposed to matters of political importance. Public attitudes about vaccinations is one example. Accordingly, nearly every political activist became a victim and member of what is called “Controlled Opposition.”

The COINTELPRO’s purpose is to engineer society. This social engineering is done using mass media hypno-tronic technologies. That is, hypnosis–inducing programming–broadcasting for distracting, conflicting, and confusing people.

Controlling opposition is the primary securitizing defense of the ruling elite. They govern the global economy largely through the banking industry, leveraging society and social control for more power and greed.

COINTELPRO generates Controlled Opposition that pays-off in profits made from population management and  depopulation through wars, famine, diseases, and sex exploits, including child sex trafficking and human slavery.

Genocide is the Illuminati’s commercial trademark. The fascist culling of potential enemies of state is also central to COINTELPRO’s mission. That is why the personalities shown in the right were financed and made famous for their presumed “opposition” to the global elite.

COINTELPRO operates globally, generating fears and misdirecting virtually all faiths. In medicine, for instance, people misplace their faith in drugs and vaccines. This makes people sick and enslaves the population to these advertised saviors.

COINTELPRO is also the preeminent mechanism that directs or annihilates competition, so that the only dominant CULTure is the one promoted through the mass-media. Unfortunately this is based on fraud, misrepresentations, and omissions, and is degenerative, deadly and unsustainable.

What results is spiritual darkness over the face of the Earth that shames every human for ignorantly tolerating their enslavement. No longer honoring human sovereignty, the “mass of men lead lives of quiet desperation” in “evil-obedience.”  This is the epitome of naivety, criminal psychopathology, and denial in the face of genocide.

As a result of the COINTELPRO and Controlled Opposition, We The People are educated or indoctrinated into ignorance. From here, civilization chooses to remain victims of this commercial crime until a forthcoming critical mass of us learn to wake up, develop the conscious awareness needed to free ourselves with the freeing truths after they become painfully obvious. This is the mission of this website, and realization that vaccination policies have become so devastating that the need for change is painfully obvious.

Shut off your televisions. Read a good book. Feed your heart and mind with pure LOVE–the only real healer and remedy for what ails humanity in this state of illusion. Love, as Dr. Horowitz heroically advances as a frequency of sound and light energy (i.e., 528) is completely disarming, healing, and sustaining.

Who stole “The American Dream?”

Contrary to much controversy, “the banksters” are not exclusively to blame for what happened to America.

Something happened in the public’s mind that fueled the degeneration of American values and lifestyles. And the sell-out happened to our leaders and celebrities first.

By clicking on the images on your right, you can view video or read articles vetting these “agent provocateurs” who had led the public deception about vaccinations as “controlled opposition.” In other words, these are the main people in America responsible for diverting and discrediting debate about vaccinecide. The majority of them argue that vaccine are generally good for you; they simply need a little improvement.

This idea–that we need vaccines and simply need to make them “safer”– is grossly and obviously hypocritical. But people entranced by this programming don’t see what is in plain sight. That is, since all vaccines are made from GMOs and toxic chemical used to kill life forms, vaccines can never be made “safe.” This debate also diverts from the most reasonable application of infectious disease prevention; that is, good hygiene, nutrition, good hydration and the healing power of oxygenation. These preventatives boost natural immunity without risks and high costs.

In conclusion, the people shown on the right are the real enemies of state for being complicit in aiding-and-abetting the genocide attributed to vaccines. They either argue hypcritically, so present themselves so unprofessionally that they discredit themselves and their anti-vaccination statements. In these ways, they are “controlled opposition” and control opposition. 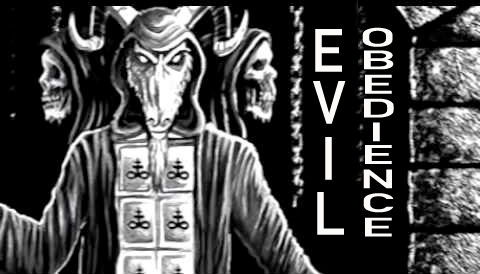 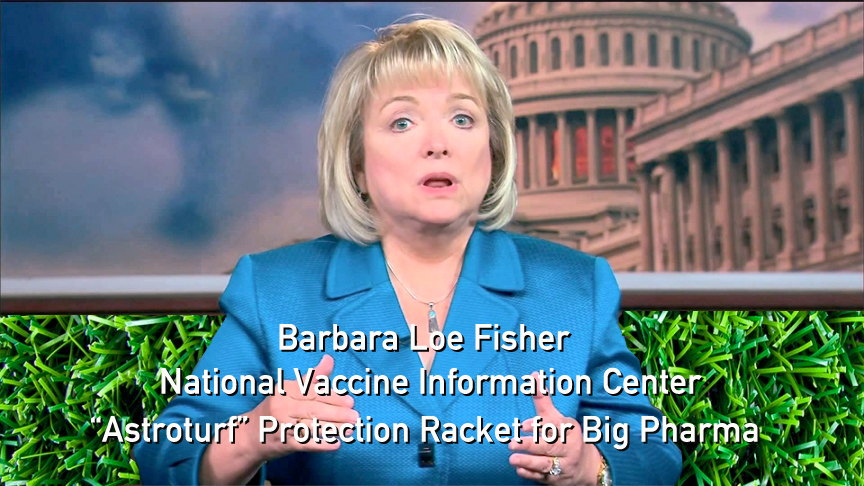 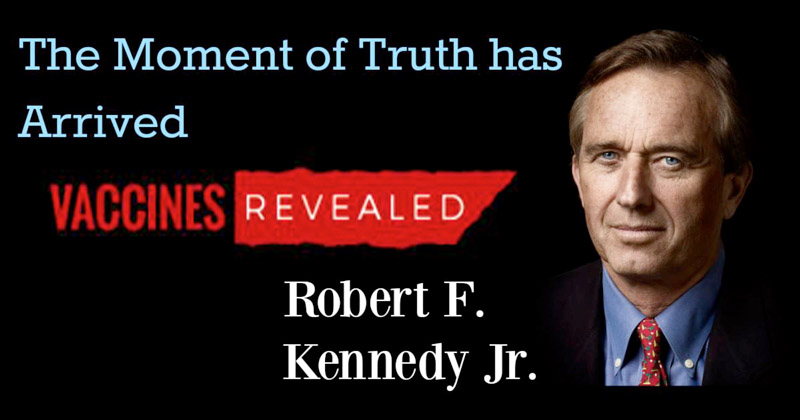 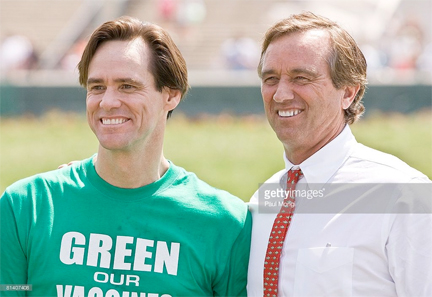 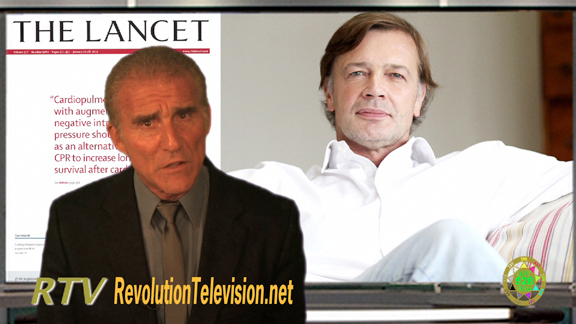 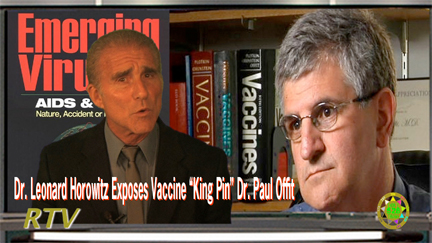 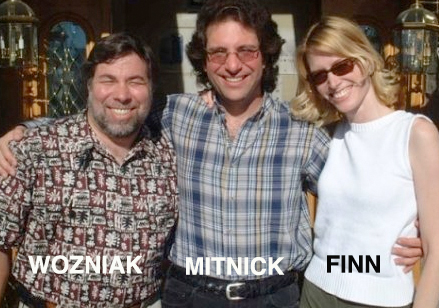 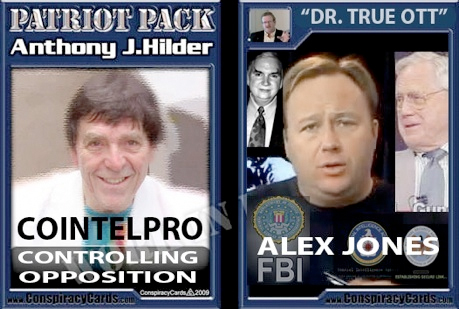 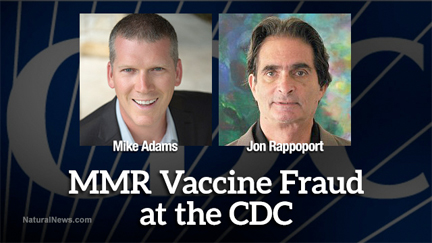 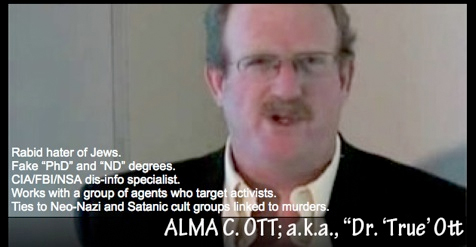 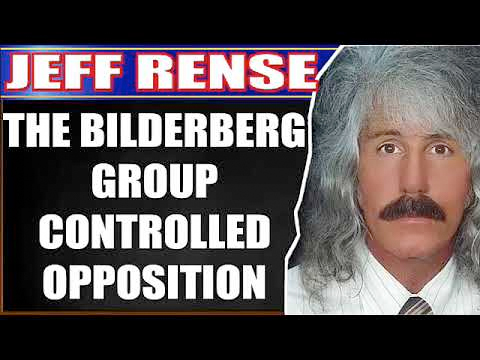 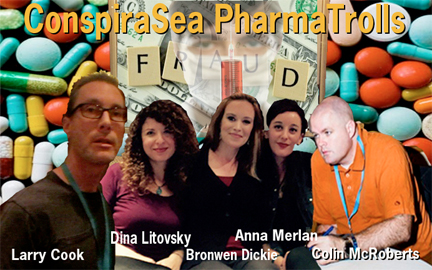 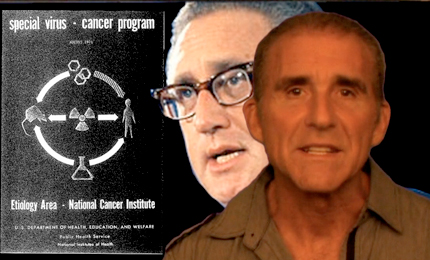 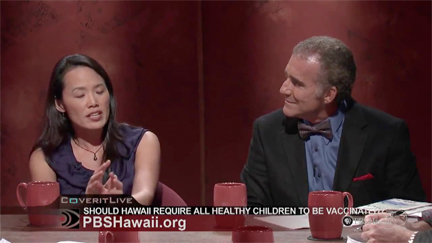 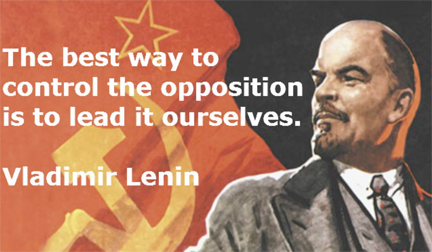