Please keep in mind that susceptibility to deadly and damaging vaccinations is a function of media corruption. Propaganda not only serves to sell drugs and vaccines, it engineers society to demand its own demise.

The “Pharma Media”–otherwise called the “military-medical-petrochemical-pharmaceutical-banking-hypnotronic-protection-racket” influences every person to accept and justify “iatrogenocide.” This is widely known to many experts in psychology, psychiatry and the social sciences. Most intelligent people are aware of the manipulations administered by propagandists. 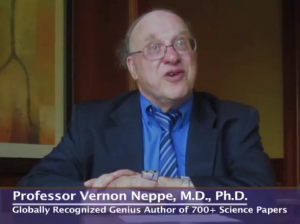 Take, for example, the contributions of Professor Vernon Neppe. He is one of the world’s leading psychiatrists,  nationally recognized forensic expert, extensively published scientist and author of many books in several specialty fields. An MD and PhD, Professor Neppe is a distinguished Fellow of the American Psychiatric Association. Importantly, he has advanced an “Evil Obedience Thesis” that urges changing the perspective of conventional psychiatrists and psychologists who simply ignore the concepts of ‘good and evil.’

Dr. Neppe is critical of medical doctors who simply and ignorantly ‘‘excuse” evil by labeling poisoned patients as “mentally ill’’. The same applies to medical doctors who attribute autism to “genetics” instead of mercury toxicity. “Evil obedience” likewise applies to the vast majority of “anti-vaxxers” who know vaccines are horrible, but lie to themselves and others saying, “Vaccines are good, they just need to be made ‘safer.'”

Dr Neppe recognizes that “evil behavior,” on the other hand, is seldom due to mental illness, and evil behavior may not just be an individual phenomenon, but societally linked, and even political, much like “evil obedience.”

Vernon Neppe classified different ways in which good and evil manifest. He recognized evil as complex and not a single condition. He showed that evil requires expanding the broader morality of physicians, social scientists, theologians, and the general public. Particularly important, Professor Neppe did not limit good and evil only to psychiatry, or even to medicine, but to society at large.

The expert in mathematics, physics, and psychiatry, Dr. Neppe pointed out that one kind of evil is not acting against what are “patently evil behaviors.”  This is the essence of “evil obedience.” This affliction is a “psycho-social pathology” that pervades our culture and the “civilized” world. It is the evil obedience that aids-and-abets by willful blindness vaccination genocide.

As Dr. Leonard Horowitz argues, “Hypocrites abound in the anti-vaccination movement due to ‘evil obedience.'” 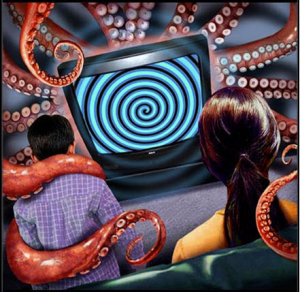 This truth about good and evil has been heavily investigated in the psychological and behavioral sciences. It is demonstrated by multiple replications of what is known in psychiatry as the “Milgram research.” This study found that ‘good’ people would become evil obedient when threatened with pain and loss. So fear, rather than faith prevails.

For instance, good people obeyed possibly deadly instructions when threatened by being electrocuted or pained by electrical shocks. Neppe extended this scientific research to the reasons people went along with the Nazis of WWII. Masses of Germans acted with such ‘evil obedience’ that their nation advanced a horrific war that ultimately brought death to millions of people worldwide and destruction of their county.

Most shocking is that being “under orders,” such as when ordered to get vaccinated for school or work, operates by evil obedience. Military neuroscientists now know that people will simply cede their rights and go along with their own demise when threatened and in fear.

“Decent human beings will do anything,” the military neuroscientists wrote. Under the spell of evil obedience, people no longer understand their responsibility to do good and resist evil. They cede their public duties to care for fellow citizens by evil obedience. Ethics and morals degenerate in an evil obedient society. Such evil obedience includes “a lack of caring.” So as people are dying all around us from vaccine-triggered cancers the masses obey their executioners. You witness nations suffering from sky-rocking numbers of new auto-immune diseases and overwhelming costs of healthcare. You see communities and families burdened and destroyed by autistic and other brain-damaged children. Then you dismiss the environment polluted with species-extinguishing petrochemical poisons manufactured by the same multi-national corporations, like Pfizer, Bayar AG, and Monsanto, that make the genetically-modified vaccines. And the media tells you this is “medical progress.” So you look the other way. You neglect the problem destroying nearly everything for your momentary comfort.

In Dr. Neppe’s view, these facts evidence pervasive evil obedience permitting, even aiding-and-abetting, evil behavior. The situation is so bad, and this criminal psychopathology so widespread, that Dr. Neppe has advanced a sixth (extra) “axis” in psychiatric diagnosis. The “evil behaviors,” he argues, reflect what appears to be widespread negative social conditioning. The “PharmaMedia” he admits, plays an important role in society’s aberrant, damaging, and deadly behavior.  But this ‘psychosocial pathology’ is not usually labeled as psychiatric illness or criminal psychopathology. It is viewed as “normalcy.”

This “derangement” within the collective consciousness and culture,” Dr. Neppe wrote, has caused the “profound compromise of ethical and spiritual standards.”

For skeptics stuck in denial, aiding-and abetting evil by willful blindness to these horrifying facts, Dr. Neppe concludes this contributes largely to the generalized psychosocial condition. 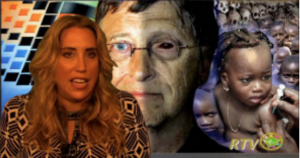 Examining this concept in the business realm, we see that when financed and administered by hidden interests for commercial or political gains, the “evil obedient” society defies common sense, criminal law and order, and becomes a most significant deadly and degenerative force.

We extend this analysis too to politics, to the Department of Justice, and to our collective acceptance of the unconscionable misdeeds of militarists, war mongers, and vaccine terrorists who depend on bribed law makers and law enforcers, as well as the unjust courts, to keep this collective war and death CULT and commerce going.

We conclude there is a direct correlation between such ‘evil behaviors,’ ‘evil obedience,’ and such tragedies as the Paris Attacks and the Las Vegas Deep State Massacre.

We even see a pattern. Fellow citizens have been slaughtered for being obedient to investigators of new vaccines, in studies and drug trials. For example, Dr. Horowitz presented irrefutable evidence of  genocide and negligence in the AIDS origin cover-up. He showed the hepatitis B vaccine trial that brought AIDS to the world involved evil obedient and naive gay men in New York City. That was nearly a half century ago, yet courtesy of the Pharma Media citizens worldwide remain ignorant and obedient to the advertisements and authorities–the latter being willfully blind to this genocide that has killed nearly 40 million people thus far.

Are you complicit in this “madness”? Have you become obedient to evil? Are you self-destructive? Are others you know damaged by this illness? Are you part of the problem evading solutions because you feel impotent?

If you answered “yes” to any of the above questions, you have engaged the matrix precluding solutions to widespread problems, especially criminality in government and the media. Your evil obedience puts everyone and everything at risk.

Given this psychological dilemma, gun controllers, defense contractors, and life-terminators called “vaccinators” take similar advantage of the unwitting public. This fact of modern life and “progress” operates in precluding shooters in massacres and drug stores from being arrested, thus enables the massacres and mass poisonings to be repeated without much opposition.

Hawaii Ballistic Missile Threat: Was 38 Minutes of Terror a Simple “Mistake” or PSYOPS?

Dr. Leonard Horowitz, D.M.D., M.A., M.P.H., D.N.M. (hon.), D.M.M. (hon.), is the author of twenty one books, including the prophetically titled Death In The Air: Globalism,Terrorism and Toxic Warfare that came out three months before 9-11-01. That book deals with biological and energy weapons being used for population control. His three American best-sellers include: Emerging Viruses: AIDS & Ebola–Nature, Accident or Intentional? that was largely responsible for prompting explosive interest in vaccination risks and biological warfare; Healing Codes for the Biological Apocalypse, that revealed the ancient Solfeggio musical scale secreted for millennia; and Healing Celebrations: Miraculous Recoveries Through Ancient Scripture, Natural Medicine and Modern Science in which Dr. Horowitz presents his protocol for administering prevention and speedy recoveries. His most recent text, The Book of 528: Prosperity Key of LOVE, has prompted a revolution in the music industry improving recording artistry and music therapy with the use of C=528Hz(A=444Hz) tuning that produces “medicinal music.” Dr. Horowitz’s documentary, UN-VAXXED: A Docu-commentary for Robert De Niro won five international awards, including “Best Film – 2016” in London and Geneva competitions.

Dr. Horowitz also works to advance Healthy World Organization (HWO) as an alternative to the duplicitous World Health Organization (WHO).